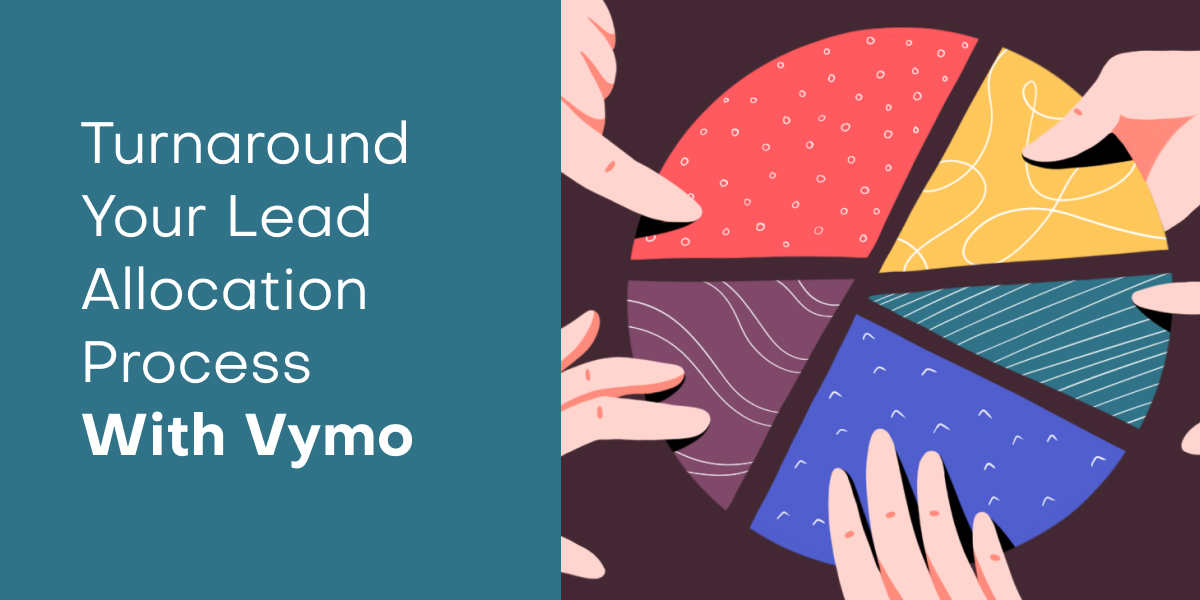 Posted at 08:37h in General, Lead Management by Vymo
Share

The largest private sector bank came to Vymo with a challenge. We took it head-on.

They had 600,000+ leads in their system, and only 180,000 were allocated to their agents. A mere 30% allocation using basic allocation guidelines; they wanted traction on the remaining 70%.

We weren’t surprised. For large distributed sales teams across the world, leads flow into their system from multiple sources round the clock. Managing these leads effectively is a crucial lever to maintaining and growing revenue. In the initial stage of lead management, the system needs to be able to store details about the lead. The next stage requires the sales teams to act on it.

Building a prospect base is good for the business, but it comes with the difficulty of suitably allocating them to your agents. Manual allocation is almost always unfeasible. Random automated allocation can negatively impact your conversion rates.

What works is an intelligent allocation system that is tailored to specific requirements. A system that can map all relevant prospect and agent data points to find optimal matches.

After studying the bank and their requirements, Vymo collaborated with the sales team to modify their existing rules of lead allocation. We made these changes:

The team tweaked the system to process records faster: the time taken to modify the rules and start allocation was now less than a day.

Vymo received ~1 million records in each run, which were successfully allocated.

The allocation rate increased to 80% through this process.

And Then, Some More…

Optimizing allocation rates automatically led to an uptick in sales!

Our data science team continues to work on ways to understand the captured data and identify rules that need focus and those that can be removed.

Moreover, the team is finding patterns in staff availability and lead flow to help the bank fill this gap and further ‘up’ the conversions.

What makes it all the more powerful is that our customers can use the Vymo Admin console to adjust Lead allocation settings by themselves.

Do you have a Lead Allocation Challenge that needs solving? Throw us a DARE.